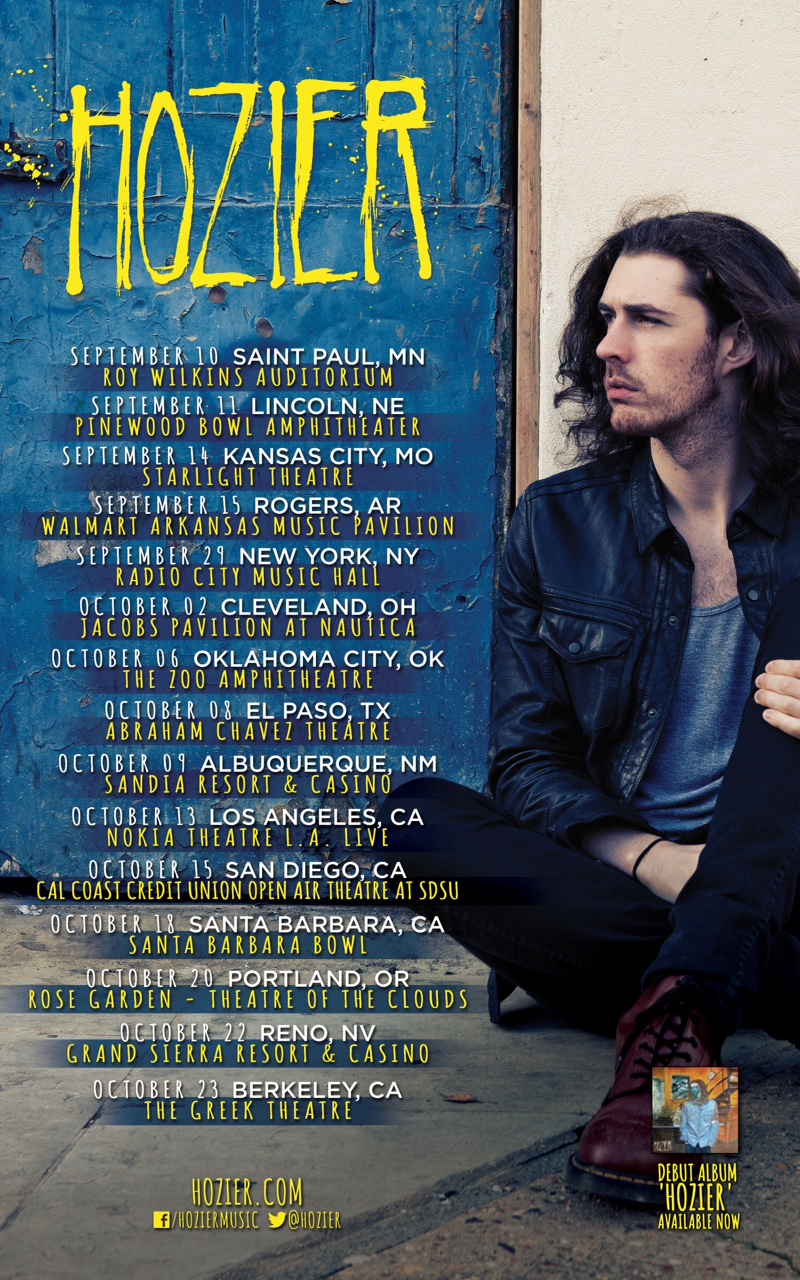 Hozier has just announced a new run of US tour dates for September & October 2015. The newly announced fall dates will kick off Friday, September 4, in Aspen, CO, and touch down in legendary venues along the way, including New York City’s Radio City Music Hall on September 29, and close out at The Greek Theatre in Berkley, CA, on October 23.