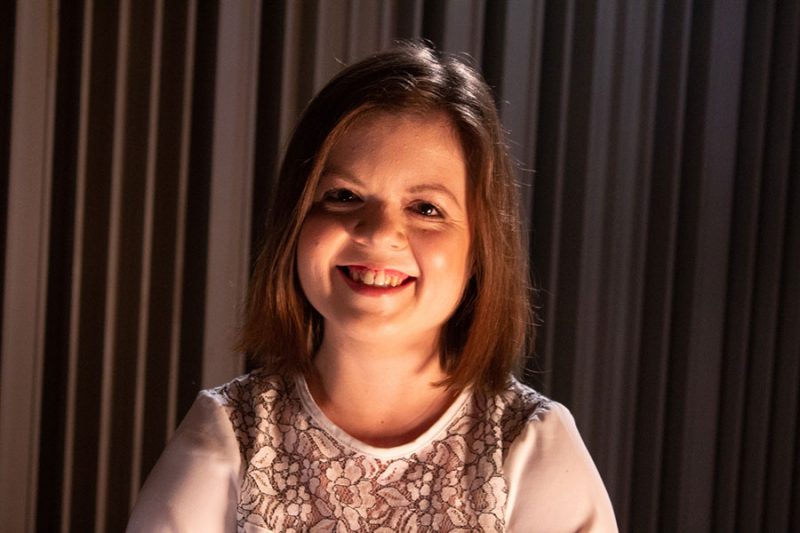 Sinéad Burke has achondroplasia, the most common form of dwarfism. At 3’5” tall, she’s responsible for introducing the term for a little person, ‘duine beag’, to the Irish language. “Organised, articulate and creative by nature” is how she describes herself. A campaigner, writer, academic and teacher, her highly-regarded TED Talk, ‘ Why Design Should Include Everyone’  has had over one million views. Sinéad trained as a primary school teacher and graduated top of her class. She’s currently working on a PhD about human rights education. At just sixteen she started her fashion blog, mainly because she often felt excluded from fashion conversations and because of the limited choices available to someone of her size. She began calling out the fashion industry, and, with her co-founder of the Inclusive Fashion and Design Collective, U.S. disability activist Liz Jackson, got an invitation to the White House under the Obama administration for an event titled ‘Design for All’. In May of this year, Vogue Magazine named Sinéad as one of their twenty five most influential women along with Meghan Markle and Stella McCartney. Vogue said of Sinéad “her mission is clear, to educate designers on how to be fully inclusive in fashion and beyond.”

Sinéad will tell you that there are 1.2 billion disabled people in the world, and she’s a highly visible advocate for them. She campaigns for inclusion, visibility, power-sharing and access to help create a more equal world. She has addressed the World Economic Forum in Davos and had one-to-one meetings with people like Christine Lagarde, RuPaul, Joe Biden and Oprah Winfrey. “Why should my experience and product and money be lessened purely by something I don’t have control of?”