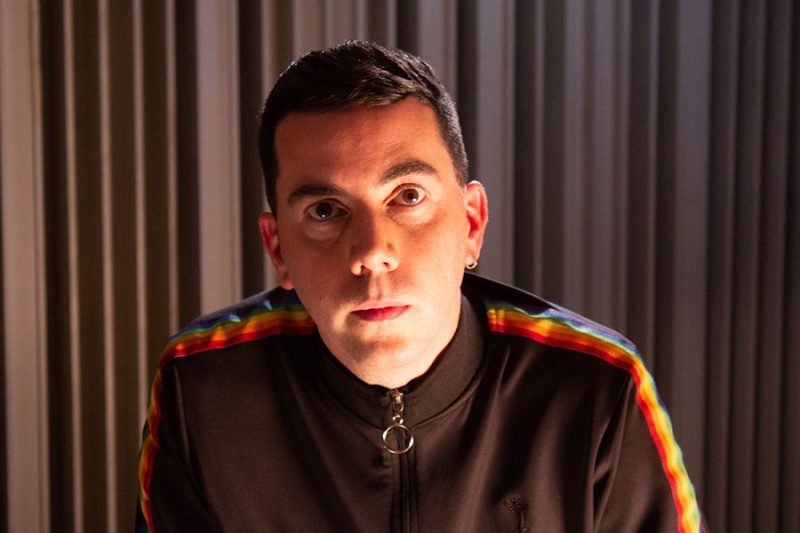 “Street art by its very nature creates space for a conversation between the artist and the public. It is this closeness and intimacy in dialogue that attracted me to creating large-scale public work.”

On 10th April 2015, six weeks before the people of Ireland voted ‘yes’ in same-sex marriage referendum, a four storey drawing entitled ‘The Claddagh Embrace’, appeared overnight on the gable end of a building on a busy intersection in the heart of Dublin City. The image of two men embracing tenderly was powerful and widely regarded as a game-changer in the campaign. It touched a nerve, got shared feverishly on social media and momentarily made its way around the globe. A sister piece was later installed on the fifteenth century Caher Castle in Co. Galway. Joe believes artists are ‘cultivators of empathy’.

“Our role is to be observant at all times and to do our best to create debate and feedback, to advocate and to provoke.”

Joe is a prolific advocate for mental health. Both personal trauma and his experiences in the classroom has led to an ever increasing body of work specific to this theme. In 2016, Joe installed a seven story drawing with Pieta House, a charity dedicated to the prevention of self-harm and suicide, and with the organisation A Lust for Life, on an abandoned hotel that overlooked the city of Waterford. The piece is based on community and individual resilience – the importance of those around us holding us up when we can’t stand on our own. For three years the image has overlooked the city as a statement of power and human connection.

His current project ‘The Volunteers’, a three year program about the preciousness of life highlights the importance of volunteerism in tackling some of Ireland’s most pressing social issues, including drug addiction, mental health, and direct provision. It draws from the example of the 1916 Volunteers and has seen drawings installed on Trinity College and Collins Barracks, two historic and culturally iconic buildings.

The monochrome drawings Caslin creates live with us, and against many of us, for some time before washing away. They hold a mirror up to the kind of society that we are, whilst asking us individually what kind of society we want to be a part of.