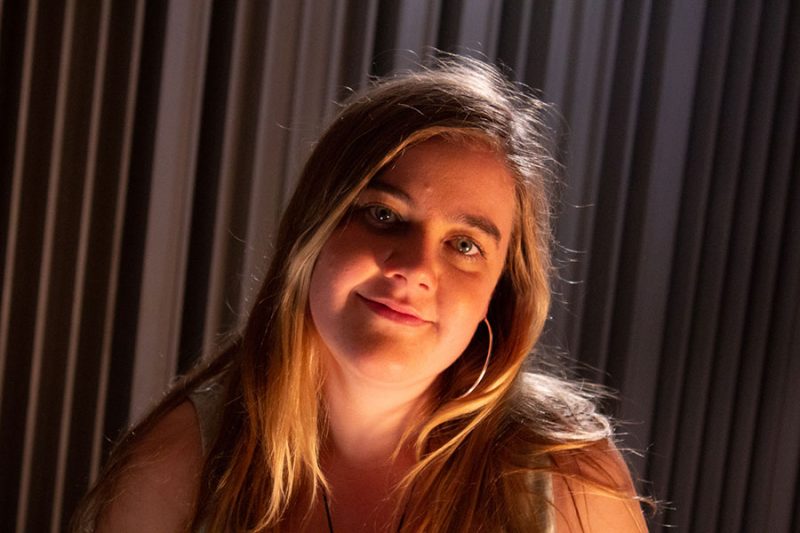 Grace Dyas challenges power. An acclaimed artist, activist, writer, theatre director and actor living and working in inner-city Dublin, she makes theatre, film and large-scale participation projects because she wants to change the world – and to change the world you must change power. She collaborates through performance with young people and vulnerable adults. She is a member of THEATREclub.

In 2017, she was the first woman to share her experience of abuse of power in the theatre world in Ireland, contributing to the global #MeToo movement. Her post to her blog opened the gate for others who followed from the theatre family, and then from across Irish public life. This became an ongoing campaign, I Believe You Before You Open Your Mouth, named for the words of Grace’s mentor, Christine Buckley (director of the Aislinn group for survivors of Industrial Schools). Grace explored the legacies of these institutions in her play, We Don’t Know What’s Buried Here. Grace says, “I was terrified of not knowing – so much has been buried in Ireland, by Church and State. What would it do to us if we knew it all?”

Grace creates durational art campaigns to coincide with important social moments. For the centenary of 1916, Grace co-authored Its Not Over with Barry O’Connor, a campaign to posit the reality that the conflict in the North of Ireland is unresolved. For the abortion referendum, she toured across Ireland to small towns and cities with Not At Home – an archive of women’s experiences of travelling for abortion.

In 2010, she won the Spirit of The Fringe award for Heroin. Over the past 8 years Heroin has toured all over Europe. She is currently touring a new version of the play Heroin 2018. “We need to radically shift how we view drugs and drug users” is how Grace explains why the play looks at the impact of social policy on drug addiction as criminal, and aims to create a more compassionate public response to heroin users, a population in need of healthcare.