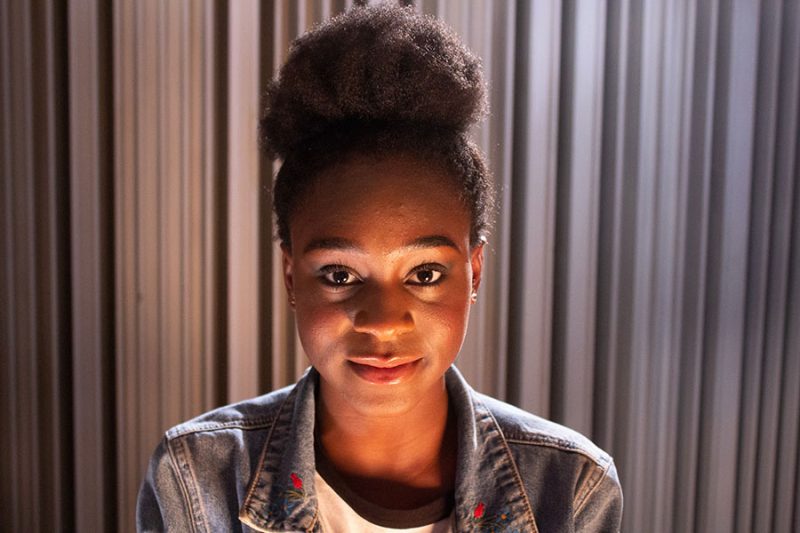 Florence is a talented actor born in Dublin to Nigerian parents. The family have been in Ireland for almost twenty years. Before coming to Ireland her parents struggled and took their education seriously so they could raise their children away from corruption in Nigeria.  They had travelled to Germany and the Netherlands but found racism to be an uncomfortable feature of life in those countries. They found Ireland to be a more multicultural country and are happy living here.

At only fourteen, Florence has already been part of the Young Screen Actors Academy at Bow Street, Dublin for several years. She recently finished shooting her television debut in the role of Flora in the new RTÉ crime drama, Taken Down. The six-part series investigates the violent death of a young Nigerian migrant found abandoned close to a Direct Provision Centre, where refugees wait and hope for asylum. The investigation brings us into a world where slum landlords and criminals prey on the vulnerable.  It’s a story of a new Ireland brought to television and will show a side of the country that many are not aware of.